Gilded's Chief Experience Officer Raina Casbon-Kelts is absolutely magnetic. A self-described "connector," her fervor and devotion for the cause of crypto is contagious. "I'm not a developer," she tells me. "I've never written a line of code in my life. I talk to people—that's my superpower. And yes, in tech, that is a superpower." She laughs.

Raina's path towards the cryptoverse wasn't paved with visions of swiftly accumulating fortune. For her, it was a steady vehicle of healing in the wake of personal tragedy. In this AMA, Raina discusses the transformative power of crypto—from the underworld of financial ruin to enduring self-fulfillment.

How did the world of cryptocurrency first speak to you?

Through a chance encounter with a stranger in a bar, actually. In February of 2016, I met my significant other, Jason. He spoke to me about a new form of money. He said it would revolutionize currency like the internet did for information. His passion is what intrigued me, because quite frankly, I thought what he was saying was ridiculous. The next thing I knew, I was downloading a crypto wallet on my phone. I wrote the seed phrase on a receipt from the bar and he sent me $5 worth of bitcoin. Was he crazy or brilliant? I began researching, but I was researching to prove him wrong--that there was no new money. Then I discovered Andreas Antonopoulous’ videos. He's a computer scientist, author, and masterful educator. He used real-world examples of what cryptocurrency would change, whereas Jason's motivation was more political and economic. Andreas really connected Bitcoin to the real world for me, and that’s when I tumbled down the rabbit hole.

Tell me a little about your life before that time.

In March of 2013, my husband was admitted to the hospital for routine surgery. He contracted an infection and [the hospital] didn't catch it until it was too late. He died the morning he was supposed to come home. After the funeral, my stepson left with his family. In just one week, I lost both of them. Beyond the flurry of devastation and loss there was also reality to face. My husband had only $25,000 in life insurance, and every dime I had wouldn't pay the bills without his salary. Financially ruined at 40, I moved back into my old bedroom at my dad's. I'm eternally grateful for everything he and everyone else did for me during that time.

After three years of being shunned by credit card companies, paying $8.99/month for a checking account because my balance was usually under $500, and needing my dad to cosign a loan for a used car, it was easy for me to understand why bitcoin was important. Most people in the United States have access to every type of lending, borrowing, brokerage, equity financing, and lines of credit. But there are also a lot of people like me. A tragedy changed my world in a flash and I have been railroaded by the traditional financial system ever since.

For people like me—ordinary people who have gone through hell and refused to give up—you have to find a way back, and my way was Bitcoin.

So crypto felt like a pathway out of financial exclusion?

Absolutely. I was still living paycheck to paycheck, rebuilding. That first $5 grew quickly, so I began buying small amounts here and there. I now have one bitcoin and for the first time since my husband died, I feel confident I won’t need to work at eighty. I see the possibility of financial freedom. For people like me—ordinary people who have gone through hell and refused to give up—you have to find a way back, and my way was Bitcoin.

I remember when Newsweek said the internet would never replace the newspaper—that was 1995 and I was already in my 20's. I see the future of this technology playing out exactly the same way, only it’s moving much faster.

There are a lot of people who see crypto as non-viable—as a bubble. What would you say to the naysayers?

Most believers I know began as skeptics. I don't worry about naysayers because the rhetoric is incredibly similar to the cynicism in the early days of the internet. I like to compare crypto/blockchain adoption to the internet because I remember when Newsweek said the internet would never replace the newspaper—that was 1995 and I was already in my twenties. I see the future of this technology playing out exactly the same way, only it’s moving much faster. I remember hearing: "The internet is only for pornographers and criminals." My college professor warned us, "You kids need to stay away from the public internet; it’s not safe."

This time, I’m trusting the developers. They told us that the internet would change the world. People shrugged it off, yet here we are. So today I'm surrounding myself with brilliant innovators who are making a real difference. Crypto and blockchain won’t take over the world overnight. These things take time, but I'm confident that in the not so distant future, it will empower billions of people the same way it empowers me.

How did crypto evolve into a business interest for you?

I was selling business software when I learned about Bitcoin, but Ethereum sparked a new level of interest for me.

By 2017, I was spending more time researching blockchain than working. I was listening to podcasts between my sales calls. Meanwhile, the meetups were exploding. It was crazy and exhilarating, but much of that was crypto-mania. By 2018, those of us still involved were true believers and many were working in the industry. We learned by reading white papers and discussing innovative new technologies and projects.

Ken Gaulter is our co-founder and CTO at Gilded, but back then, I knew him as the organizer of the New Orleans Ethereum Meetup. One evening, I asked him to keep his ears open for good projects—not new tokens, not a shitcoin—a real business in need of a salesperson. He told me, "It’s coming Raina, just give it time." A few months later, he introduced me to Gil, our CEO.

And the rest is history?

Gil and I spoke about the road to adoption. We shared ideas about the future. A few months passed before I saw him again. When we reconnected, I learned that Gilded Crypto Invoices would soon need beta testers. From the first time I saw a demo, I knew that people would use it. Gilded's invoicing solution was the first time I’d seen anything involving cryptocurrency that was easy to use, which is a huge barrier in the cryptoverse. In just a few months, we had nearly 150 beta testers and I officially joined the Gilded team.

Anything I've ever sold in my life, I've believed in with my full being, and I believe in this technology as much as I believe in clean water.

What’s next for Gilded? What’s your role in all of it?

Crypto accounting is done with spreadsheets and it needs to be simpler before businesses will accept cryptocurrencies. If you're a native crypto company—you're an early adopter, you're a missionist, so dealing with the transactions is a part of it. We're helping these businesses save time and improve accuracy. All financial reporting is in US dollars and that involves complicated conversions, spot prices, and cost basis.

My role is as a connector. I help people, and that's always been my mantra. What I do and the way I talk to people about it inspires them to come to it on their own. I share my passion and you come to me when you want to know more. Anything I've ever sold in my life, I've believed in with my full being, and I believe in this technology as much as I believe in clean water. It's amazing to be on the business side of it versus the speculative and trading aspect—that's not for me. I like helping other people discover the world of cryptocurrency.

What do you see as the biggest hurdle or challenge to overcome?

The biggest challenge that we face (and have faced) are government regulations and the lack thereof. On one hand, it's a positive thing that our government did not jump to regulating something they knew nothing about.

I'd like to see an end to arguing about which cryptocurrency is going to be king. I see the key as educating accounting professionals, especially after meeting so many who want to know about crypto. They're not asking, "Is this legal?" They’re telling us that they need to know about it. I love that. It's our responsibility as early adopters to be that bridge, and in the long term, it will benefit everyone. This is where we can make a difference. I can be a part of the future and that's the best part for me.

By Joseph "Joey" Ryan, CPA - CFO at Gilded If you’re dealing with digital assets, you may know that the IRS now asks you to report your gains and 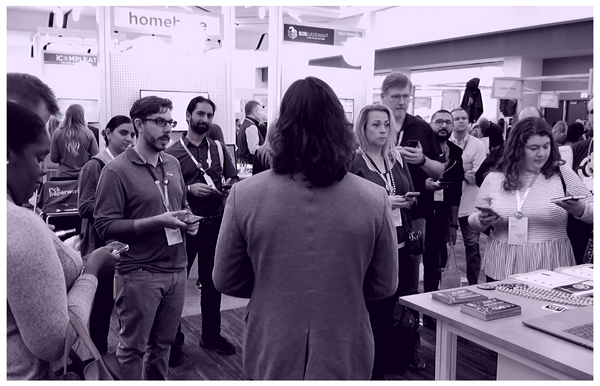 This month, the Gilded team had the pleasure of attending QuickBooks Connect in San Jose. We were excited to host a live demo of crypto accounting and invoicing using Gilded