Gilded is excited to announce the hiring of Neal Roche as Chief Operating Officer. Neal brings to the Gilded team over 20 years of sales, marketing and product management expertise in the enterprise hardware and software industries.

Neal previously served as CEO of Apposite Technologies, which provides application performance testing software and services to clients such as Accenture, Amazon, Fidelity, and Google.

While at Apposite, Neal co-founded spin-out company Whiteblock to solve an unmet need in blockchain development. Whiteblock won global attention in its first six months of operation by publishing widely-shared performance reports of blockchains such as EOS, UBIQ, and Syscoin. Whiteblock services clients such as Consensys and the United States Department of Defense.

Neal has served successfully in both startup and enterprise roles, including raising venture capital investments and overseeing M&A transactions.

“Neal’s decades of experience launching successful product lines and go-to-market strategies is a tremendous asset to the Gilded team,” says Gilded CEO Gil Hildebrand. “With Neal on board, we’re well-equipped to bring Gilded’s digital asset accounting products to market and serve a leading role in enterprise adoption of blockchain technology.”

We asked Neal why he joined Gilded at such an early stage:

“The more time I spent in the blockchain space, the more I began to notice how much of a challenge it would be for businesses to successfully integrate digital assets. I was working on a new startup and researching ideas for products that would help integrate crypto assets into legacy software. When I met Gil’s team and saw the focused market entry plan they developed during Techstars, I wanted to join this team instead!”

By Joseph "Joey" Ryan, CPA - CFO at Gilded This week we are hitting on the concept of triple-entry accounting and its effect on accounting systems and auditors; as well 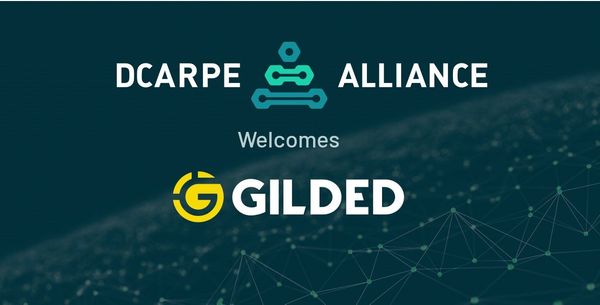 Businesses rely on financial statement auditing to safeguard against fraud. For decades, the auditing process has required sampling a fraction of an organization's financial transactions in order to verify authenticity.