Eledi Dyrkaj is the Director of Engineering and co-founder of Gilded. Along with CTO Ken Gaulter, Eledi and his team handle the delicate process of development and delivering code in production. They're the lifeblood of Gilded, designing the software and code that make the Gilded experience what it is.

Hailing from Albania's capital Tirana—a place Eledi describes as "a dynamic and constantly changing city"—Eledi's passion for technology began as a resourceful youth determined to have his own computer.

What sparked your interest in technology?

It all started when I was 12 years old. Back then, it wasn't easy to get a new [computer] so I made my first computer by assembling parts from older systems that were available.

Between 2000-2005, I taught myself everything I could about computers, frequenting the American elementary and high school in the city.

In 2005, an Austrian betting company came to Tirana and they hired me as a computer technician. My job was to install and maintain systems for a dog racing betting system in PCs distributed across Albania. The system was a desktop application built with Visual Basic 6. There I worked closely with a computer game engineer and started learning about Visual Basic 6 and enrolled in an online courses. This is where my journey in the world of programming began.

And that's when you knew you found your calling. Is there someone else in your life that encouraged your love of computers and technology?

My parents also always supported my technological development and enrolled me in a general computer course in the early 2000's.

Can you tell us about your background in enterprise software development?

I have about 15 years of experience in IT and programming. Until 2012, my roles were primarily oriented around Microsoft Solutions.

In 2012, I began working as a software developer for an Italian company that opened an office in Tirana. I travelled to Italy several times in a year to implement project modules. It was there that I began to learn open source [programming] languages. My daily work was based on building objects classes in Perl—this was how the base framework was built. We also developed a system for tracking recent graduates that could be accessed by businesses to find talent or announce employment opportunities. At this point, I started working with php, mysql and using php frameworks.

In 2014, I began working as Senior Software Developer for an Albanian telephone company called Plus Communications. Over the course of two years, we built a complete HR solution from the ground up that included Payroll, Leave, Performance Evaluation, Employee Hierarchy. I led the full construction of the software, which was accessed by a staff of 350. Everything was done in open source, Linux server, php Laravel framework and database PostgreSQL / MySQL.

In 2016, I started as a Backend Team Leader in a company based in Berlin with a branch in Tirana. After six months, I served as the CTO until the end of 2017. Managing a team of 25, I organized projects and handled communication with clients or partners in Germany.

In December 2017, I met Gil Hildebrand, now the CEO of Gilded. We worked together on a remote project building an online procurement system for the oil industry.

So you and Gil began sharing some ideas. How did the idea for Gilded come about?

That's right. Gil and I began talking about building a web application to generate invoices for online service payments.

It's takes a long time for payments to travel overseas and it's also expensive. Our working relationship was a perfect example of this problem. Gil was based in the United States while I was in Europe. In order for me to get paid, we had to find a cost effective way to send payments. The only real solution was to use cryptocurrency. Blockchain transactions are much cheaper and the transaction is almost instant.

As we turned to blockchain payments, Gil and I immediately saw the benefits and potential of this technology for international payments. The process we used solved our immediate problem, but it was tricky to execute and difficult to keep track of transactions. Gil and I began working together to build a beta version of a crypto invoicing tool. The idea was to make international crypto payments easier for businesses and freelancers. The beginning was difficult as we worked without a source of revenue or pay. Anyone who has started a company knows this struggle.

How did the rest of the founding team come together?

It was pure serendipity at an Ethereum meet up in New Orleans. It was there that Gil found Ken Gaulter—a talented blockchain developer co-leading the meetings, Raina Casbon-Kelts—a sales master and crypto enthusiast who hoped to break into the industry, and Joey Ryan—a CPA auditing publicly traded companies who believed that the future of his industry was blockchain technology. In early 2019, Gilded was accepted in the Techstars accelerator and the rest is history.

What resources did you use to learn about blockchain software development?

Initially, I took some online courses at Udemy and Pluralsight to deepen my knowledge of blockchain systems.

I'm also pretty involved in a few online communities that keep me up to speed on the latest developments in the industry.

There must be a lot of challenges developing with blockchain technology? What's the most difficult part?

It's a new exciting technology with a ton of potential and because of that, there's a lot of interest from developers. At the same time—because the technology is brand new, it will naturally take some time to integrate with existing systems.

As a decentralized technology, it's also fundamentally different from everything we've known before. This makes it a bit difficult to apply to the old ways of thinking about how things should function with blockchain. You absolutely have to change the way you think about the way things work.

What do you wish you knew before starting your first blockchain project?

The most important thing to know about any blockchain project is the security of the server where transactions will be generated and the capacity to avoid problems like "Memory Exceeded" errors, high CPU usage, and locked threads which would block the process work. It's very important to understand how a system works in the background.

Is there any new technology that is particularly exciting to you? Blockchain related or not.

My personal development plans include learning as much as I can about artificial intelligence and applying that to Gilded and beyond.  I'm also interested in how blockchain technology can be used to make things like e-commerce platforms more efficient.

What are some of your other interests and hobbies?

I dedicate most of my free time to my family, my wife and my children. I also spend a lot of time researching new technologies and reading the latest IT and programming advancements.

I'm also part of a football team which has been one of my passions since childhood. Usually we play twice a week.

What are some of things you hope to accomplish in the future? In Gilded and also in the world in general.

In the future, I'd like create an organization where I can connect young people and recent graduates with blockchain companies to develop their programming talents and build amazing products with global reach.

It's so important not only to educate young talent but to connect them with opportunities that can change the world. 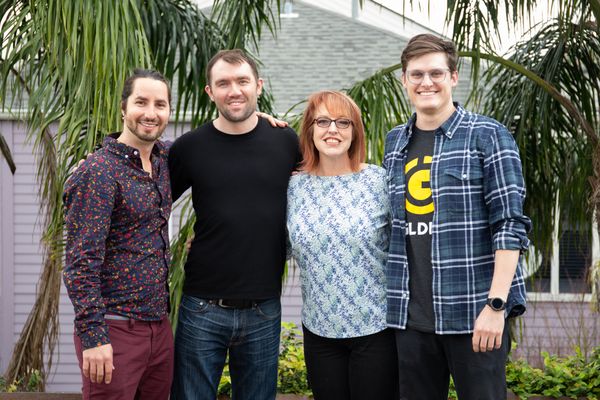 With just a few days left in 2020, we're taking some time to look back on a year we'll never forget. 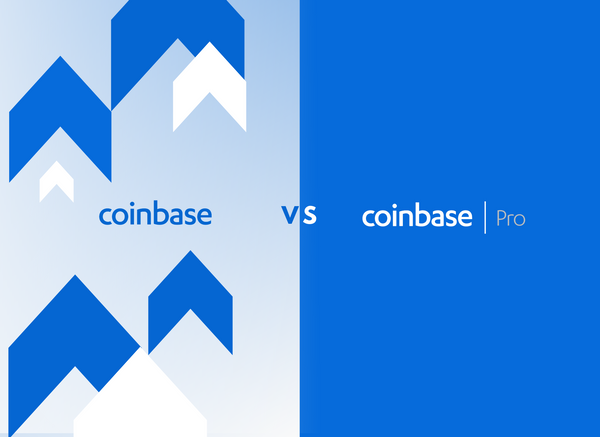 Most businesses look at Coinbase or Coinbase Pro when deciding which crypto exchange to use. In this post, we dive into the benefits of each and what we recommend for corporate use.