The traditional financial industry and its core functions have put us in a place where we must rely on third parties to manage our money. While some might argue that it's because of this system that we can transact safely, news of fraud committed by businesses time and time again forces us to question the constancy of this decades-old infrastructure.

Nobody expects that a trusted bank or financial service provider might bamboozle you and steal your funds, but it happens more than you might imagine. A cursory Google search will reveal a long list of financial entities that have essentially scammed their customers to the tune of hundreds of millions.

The most recent example is the multi-billion dollar German payment processor Wirecard AG. Once the darling of the European fintech scene for its rags-to-riches story of growth, shares of Wirecard have plummeted 80% since it was revealed that $2.1 billion of Wirecard's funds could not be accounted for. Disgraced Wirecard CEO Markus Braun has since resigned and has been arraigned by German authorities on charges of falsifying accounts and market manipulation.

Although questions and speculation circulated about Wirecard’s balance sheet, nothing substantial was ever proven, until now. After failing to report their full year financials for 2019 for the fourth time, news broke of the missing funds. Wirecard's multi-billion dollar accounting fraud has ballooned into one of the largest scandals of its kind in Europe. But why did something of this magnitude take so long to uncover?

The discrepancies in the balance sheet remained hidden for two reasons. First, Wirecard's auditor Ernst & Young had relied solely on screenshots and documents provided by the company and a third party trustee for verification of the funds. The second and more important reason is that the way financial institutions function is fundamentally broken. Today's financial infrastructure was not designed for the modern world. It is fragmented, siloed, opaque, and extremely difficult to track.

Must we resign our financial fate to the powers that be⁠—or can we change course? The answer is yes, we can restore accountability, transparency, and security. And the good news is that the technology is already here.

Stablecoins for Added Transparency and Accountability

A blockchain is a transparent and distributed ledger that keeps track of every digital currency transaction, and records an encrypted version of those transactions. Anyone on the web can easily view the record of transactions, although no information about the transacting parties is ever publicly revealed.

To that end, the CFO of Gilded, Joey Ryan, shared that stablecoins are digital currencies that eliminate price volatility, making them a reliable and transparent medium of exchange for both customers and financial institutions. As a career CPA who once audited publicly traded companies himself, Joey believes that blockchain technology is the greatest accounting innovation of our time.

If financial institutions start transacting in stablecoins, auditors and accountants reviewing the financial records of an organization can instantly see the past transaction records listed on the blockchain. They can also easily verify the wallet addresses linked to the entity as well as the total funds held in each of the wallets. This will make it almost impossible for any organization to report fake or incorrect balances on their financials.

The use of stablecoins and blockchain technology at large can curb a wide array of challenges we face today in the traditional financial system due to a lack of transparency and accountability.

Want Stablecoin Hacks delivered directly to your inbox? Sign up below. We'll never spam you or sell your info.

Joey Ryan is the CFO of Gilded and CPA-in-residence. Connect with Joey on Twitter and LinkedIn. 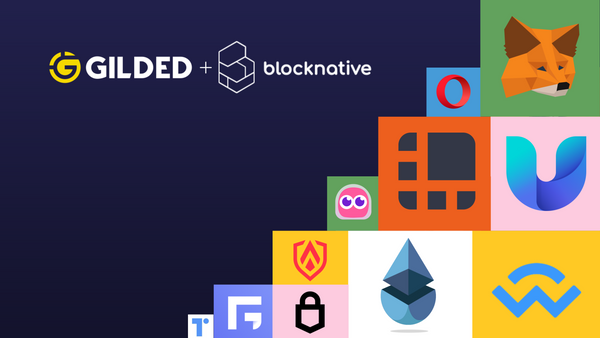 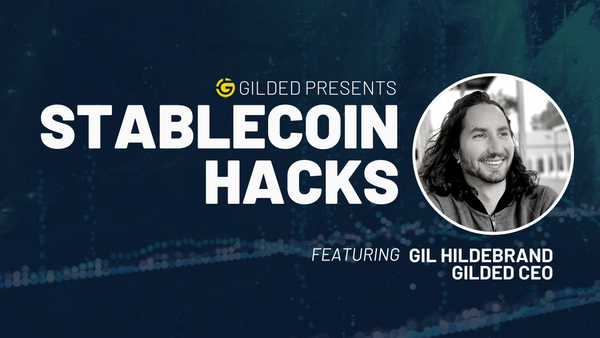 Stablecoins are taking the crypto world by storm—and for good reason. This new asset class represents a non-volatile alternative to bitcoin and ethereum. Gilded CEO Gil Hildebrand explains how he uses stablecoins to avoid exchange fees.